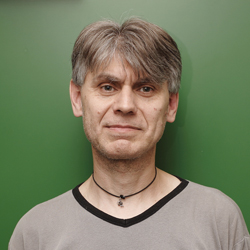 I was trained as a taxonomist and graduated in Zoology under J. Buchar at Charles University, Prague in 1993, where I specialized in the community ecology of spiders. Then I began my doctoral studies. I focused on the ecology of spiders in agroecosystems and the behavioural ecology of Zodarion spiders (under V. Jarošík), gaining my PhD in 1999. From 1994 to 2005, I worked at the Crop Research Institute in Prague, after which I became an associate professor at Masaryk University. I am fascinated by various facets of the natural history of arachnids. In particular, I focus on interactions between spiders and their prey. My research includes the following topics: