The Neuron Endowment Fund awarded the Neuron Prizes on Tuesday, September 28, in the Pantheon of the National Museum.

The awards were given in the categories of lifelong contribution to science, young promising scientists and for the first time, also in the category of extraordinary connection between science and business.

And Vítězslav Bryja, Kamil Paruch and Radoslav Trautmann are the first awardees in the last mentioned category, i.e. Extraordinary Connection of Science and Business for their work on the development of casein kinase 1 inhibitors, which are promising future drugs for two types of leukemias – chronic lymphocytic leukemia and acute myeloid leukemia. We are more than happy that we helped our boss to dig manually the greatest... Read More We enclose offers for interesting job positions in the field! Read More 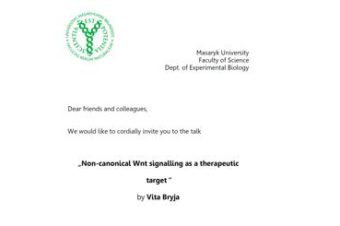