A two-day workshop and subsequent announcement of the winners concluded more than six months of effort by high school students involved in the 6th multidisciplinary ‘Wealth of the Earth’ competition, which is jointly organized by the Faculties of Science and Economics at Masaryk University (MU). The six teams from Moravian grammar schools that made it to the finals showed that they could handle teamwork and work under pressure. The teams can be proud of their ability to work on a long-term project and their perfect presentation skills.

“The Wealth of the Earth competition requires students to simulate the mining and sale of lithium and tungsten, raw materials that play a significant role in the economies of all countries. "The task set for the competition teams was to design the most suitable method of mining in terms of technology and economic benefits, taking into account social and environmental aspects of mining", explained Kateřina Zachovalová, secretary of one of the co-organizers, the Institute of Geological Sciences MU.

"As part of the competition, all the students were able to use BLOOMBERG, a unique professional financial tool used by the world’s leading financial institutions, which gave them access to real data on the world market", said Petr Valouch, vice dean for combined study and lifelong learning at MU.

The competition, in which a total of twelve teams entered, started at the beginning of October with an introductory meeting at the MU Faculty of Science. Subsequently, the contestants went to a two-day workshop at Cínovec in the Ore Mountains (Krušné Hory), where the organizers introduced them to the issue and explained the basic concepts. The students then took part in a tour of the gallery, which hosts a history of tin mining, and visited Geomet, which is currently conducting research on lithium mining under Cínovec. At the end of November, the competing teams submitted their literature research, by the end of January they completed their geological and economic calculations and at the end of February they submitted their completed projects. They then started preparing for the defence of their final presentations.

"Throughout the competition, we were available to students and consulted with them on the geological and economic side of the problem", Zachovalová said, adding that the climax of the competition took place recently at a two-day final workshop in which the six best teams defended their more than six-month effort. And they didn't have it easy. After the first day, the jury complicated their assignment and the competitors had to take on the role of crisis managers for the company affected by a second wave of the coronavirus epidemic. At the same time, they had to deal with unpleasant inquiries from members of other teams who took on the opposing role of government, hygiene inspectors, the mayor of a nearby community, trade unions, shareholders and economic competitors.

The expert jury, which included Dagmar Linnertová, Petr Valouch, Luděk Benada (all MU Faculty of Economics and Administration), Vojtěch Wertich, Sebastian Hreus and Kateřina Zachovalová (MU Faculty of Science), did not have an easy task at all. In the end, they decided that the overall winner was the D1ggers team from Zastávka u Brna Gymnázium, with second place taken by the Ondra IV team from the Petr Bezruč Grammar School in Frýdek-Místek. In addition to material prizes, members of the winning teams can also celebrate the possibility of future admission to the Geology study program at the Faculty of Science MU and to all study programs at the Faculty of Economics and Administration MU without undergoing entrance exams.

Overall ranking of the final teams:

Congratulations to all the finalists and thank you for a perfect job!

Sign up for next year!
The organizers are already starting to prepare for next year’s ‘Wealth of the Earth’ competition. "I can already reveal that garnets will be mined and we will go to Podkrkonoší for a multi-day workshop with an excursion", Zachovalová revealed. Competition teams of 3-5 members will be able to register during September. More detailed information will be published on the website of the Institute of Geological Sciences, Faculty of Science, MU; on the website of the Faculty of Economics and Administration, MU and on the website https://prostredoskolaky.muni.cz/, where you can also find other events organized by the faculties of Masaryk University for high school students (e.g. correspondence seminars in various disciplines, workshops, competitions, summer schools and much more). 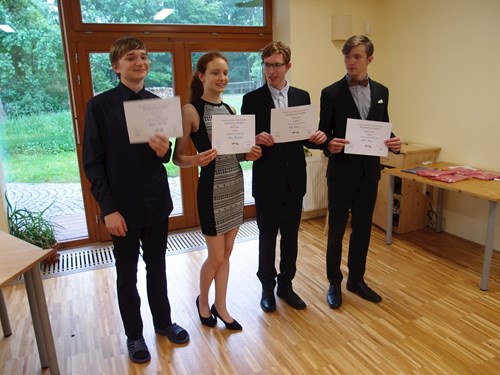 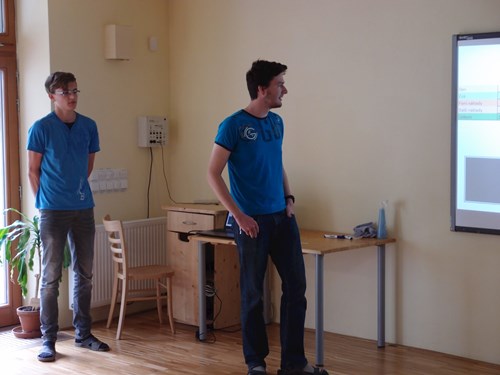