The same point of view: The MU Faculty of Science then and now

The buildings of the original Catering Institute of Emperor František Josef, built by the Prague architect Josef Beníšek in 1893, only served their original purpose as a home for the terminally ill until 1921, when around 500 inmates were moved to an emigration camp in Svatobořice near Kyjov consisting mostly of wooden barracks with only five brick buildings. 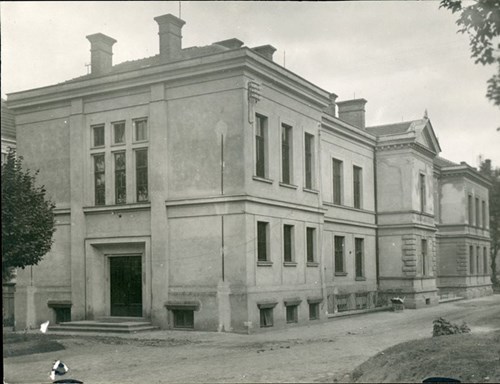 Building No. 2 of the MU Faculty of Science on Kotlářská Street. Photo: MU Archive, undated. 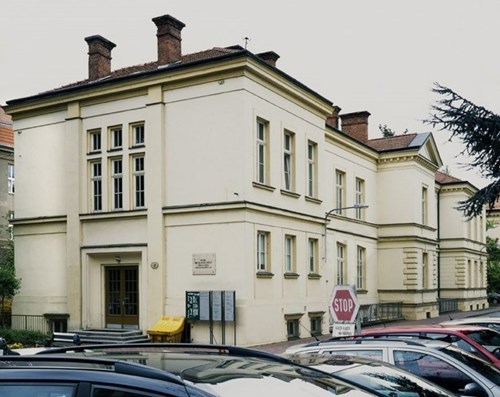 Building No. 2 of the MU Faculty of Science on Kotlářská Street.
Photo: Libor Teplý, 2019.

After the coup d'état in 1918 and the acquisition of state independence, the city of Brno made a great sacrifice in favour of the newly established state. In order to enable the establishment of the second Czech university, which had been needed for several decades, the city of Brno handed over the hospital on Žlutý kopec and the barracks in Úvoz and Údolní to the state administration (Zemský úřad).

The buildings in the complex are numbered gradually from the gatehouse, only the dean's office in the middle deviates a bit from the row with its number 1. We come across building number 2 immediately after passing through the gatehouse. From the beginning, the Institute of Mineralogy was located here, geologists were here until 2016. For a transitional period of reconstruction, the Dean's Office was also located here, and now the Institute of Anthropology is located here. Marble plaque in honour of the mineralogist prof. Vojtěch Rosický, who was martyred in Mauthausen, was installed on the building in 1970.