Morphogenetic proteins from the Wnt family are important regulators of embryonal development. They have also huge impact on homeostasis regulation of the adult organism. Deregulation of Wnt pathway is associated with cancer and many other diseases. Although the significance of this family of proteins in the pathogenesis of diseases is widely accepted, we do not know much about the molecular mechanisms of their effect.

Our laboratory attempts to contribute to understanding of some key molecular aspects of transduction of the Wnt signal between the Frizzled receptor, the protein Dishevelled (DVL) and other proteins in the Wnt signaling, mainly Casein kinase 1 epsilon (CK1e). We believe these findings will become the basis for identification of new therapeutic targets for curing the tumors caused by the Wnt pathway deregulation.

To study Wnt signaling we use all basic methods of biochemistry and molecular and cell biology and rely heavily on the most state-of-the-art proteomics and genomics. We frequently use the primary patient samples, which we obtain in cooperation with the Faculty Hospital Brno. Alone or in collaboration we are trying to take advantage of data validation in vivo using Caenorhabditis elegans, Xenopus laevis and Mus musculus as experimental models.

Our research can be roughly classified into four, mutually interconnected, topics:

Wnt proteins bind to the membrane receptors from the Frizzled family that transduce the signal onto the phosphoprotein Dishevelled (DVL) that directs signal towards one of several downstream signaling pathways. Molecular mechanisms determining how DVL performs its channeling function have not been discovered yet. It is believed that DVL phosphorylation, subcellular localization and conformation holds the key to understanding of its function. Using proteomics we attempt to crack DVL phosphorylation code, especially the code induced by Casein kinase 1 (CK1). We implement many in-house derived unique tools and modern approaches (CRISPR-Cas9 knock-out technology, whole proteome analysis, FRET sensors etc.) to validate our findings functionally in the context of a living cell.

Cell polarization is a prerequisite for the control of cell shape, directional migration, asymmetric cell division and function of cells within complex tissues. One of the key pathways, which controls cell polarity and subsequently all the processes mentioned, is the non-canonical Wnt/PCP (planar cell polarity) pathway. The Wnt/PCP pathway controls migration and polarity in development of all multicellular organisms from cnidarians to men. Despite clear clinical importance of the Wnt/PCP pathway, surprisingly little is known about the biochemical details of the signal transduction – this in turn prevents its efficient pharmacological inhibition/activation in the pathological conditions. To reveal the biochemical changes associated with the activation of the PCP pathway we use the combination of a panel of PCP-deficient cell lines (generated by Crispr/Cas9) and advanced proteomics (IP/MS, BioID etc.). Subsequently, we functionally analyze how these mechanisms control asymmetric localization of PCP proteins in living cells and design screens for novel regulators which disrupt PCP signaling and block motility of migrating cancer cells.

3) Role of Wnt signaling in the Chronic Lymphocytic Leukemia (CLL)

Our lab has shown recently that the PCP signaling pathway drives pathogenesis of Chronic Lymphocytic Leukemia (CLL) by controlling migration of CLL cells and their interaction with the microenvironment. Other labs have described similar role of the PCP pathway in other pathological situations such as metastatic spread. Targeting PCP signal transduction, in our hands mainly via innovative inhibitors of Casein kinase 1 (CK1), thus represents a novel way of intervention for these largely incurable conditions. In this regard, we are trying to understand in detail the importance of PCP pathway for CLL. Namely, we aim to uncover its role in the CLL cell polarization and migration and in the communication of CLL cells with their environment. We actively explore the possibility to pharmacologically interfere with the PCP pathway and develop small compounds with this capacity.

Ovarian cancer is the most lethal form of gynecologic cancer; these unfavorable statistics are due to the lack of specific symptoms and screening markers which results in late diagnosis when the cancer has spread to other organs. In our project we address the question whether there is a role for the Wnt pathway in pathogenesis of ovarian cancer with the focus on the migration and metastatic potential of the cancer (stem) cells. We try to reveal the causative molecular mechanisms and interfere with the Wnt pathway (ideally with some small compound) to see if this could be of any benefit to the patients. To complete our goal, we use multiple approaches which encompass: dataming using cancer databases such as COSMIC and Oncomine, complex analyses of primary patient cells. Special attention is paid to the role of exosomes and extracellular vesicles from tumors and patient ascites. These vesicles can serve as vehicles carrying Wnt ligands and receptors with the relevant function in the disease development. Finally functional studies both in vitro (cell cultures) and in vivo (mouse xenotransplantation model) are carried out. We believe that our findings will contribute to the knowledge of molecular mechanisms in ovarian cancerogenesis and thus development of efficient therapies which will lead to better prognosis of the patients in future. 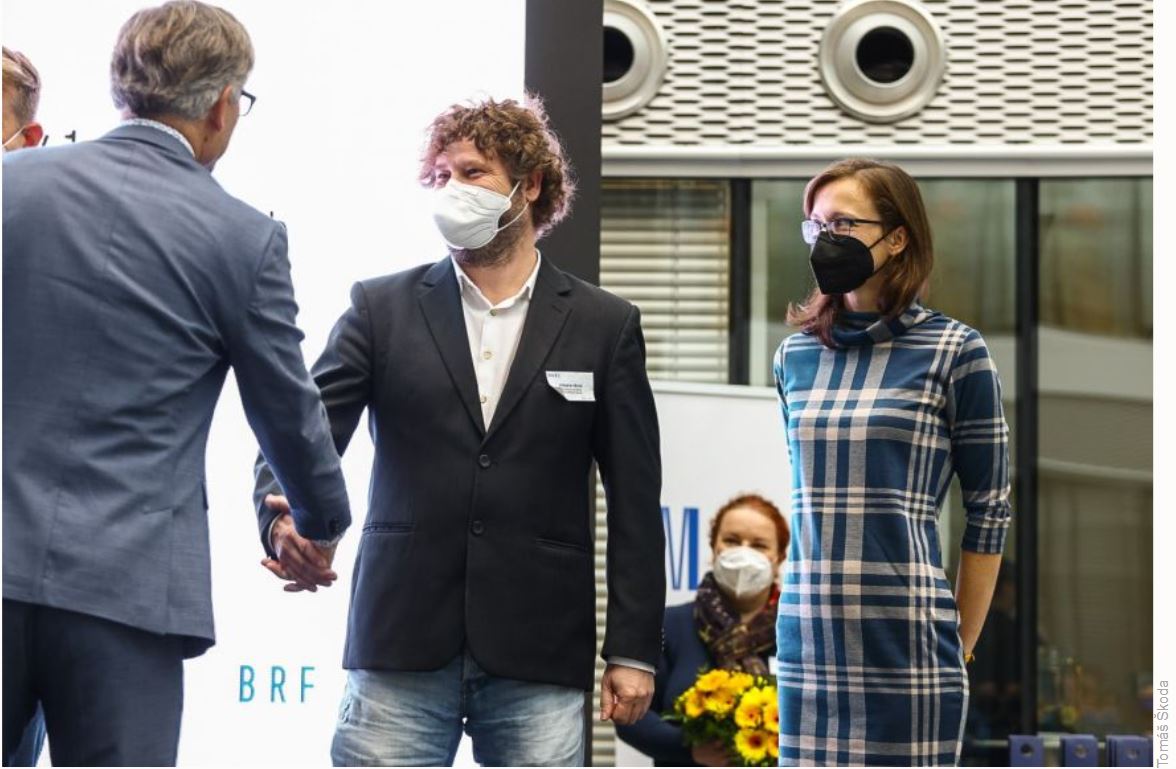 MUNI Innovation Award for our researchers! The Neuron Endowment Fund awarded the Neuron Prizes on Tuesday, September 28, in the Pantheon of the National Museum. The awards were given in the categories of lifelong contribution to science, young promising scientists and for the first time, also … Read More 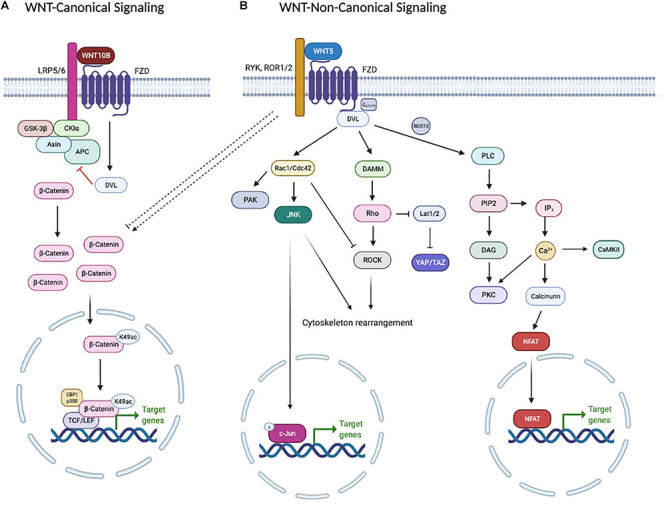 WNT5B in Physiology and Disease

Abstract: WNT5B, a member of the WNT family of proteins that is closely related to WNT5A, is required for cell migration, cell proliferation, or cell differentiation in many cell types. WNT5B signals through the non-canonical β-catenin-independent signaling pathway and often … Read More 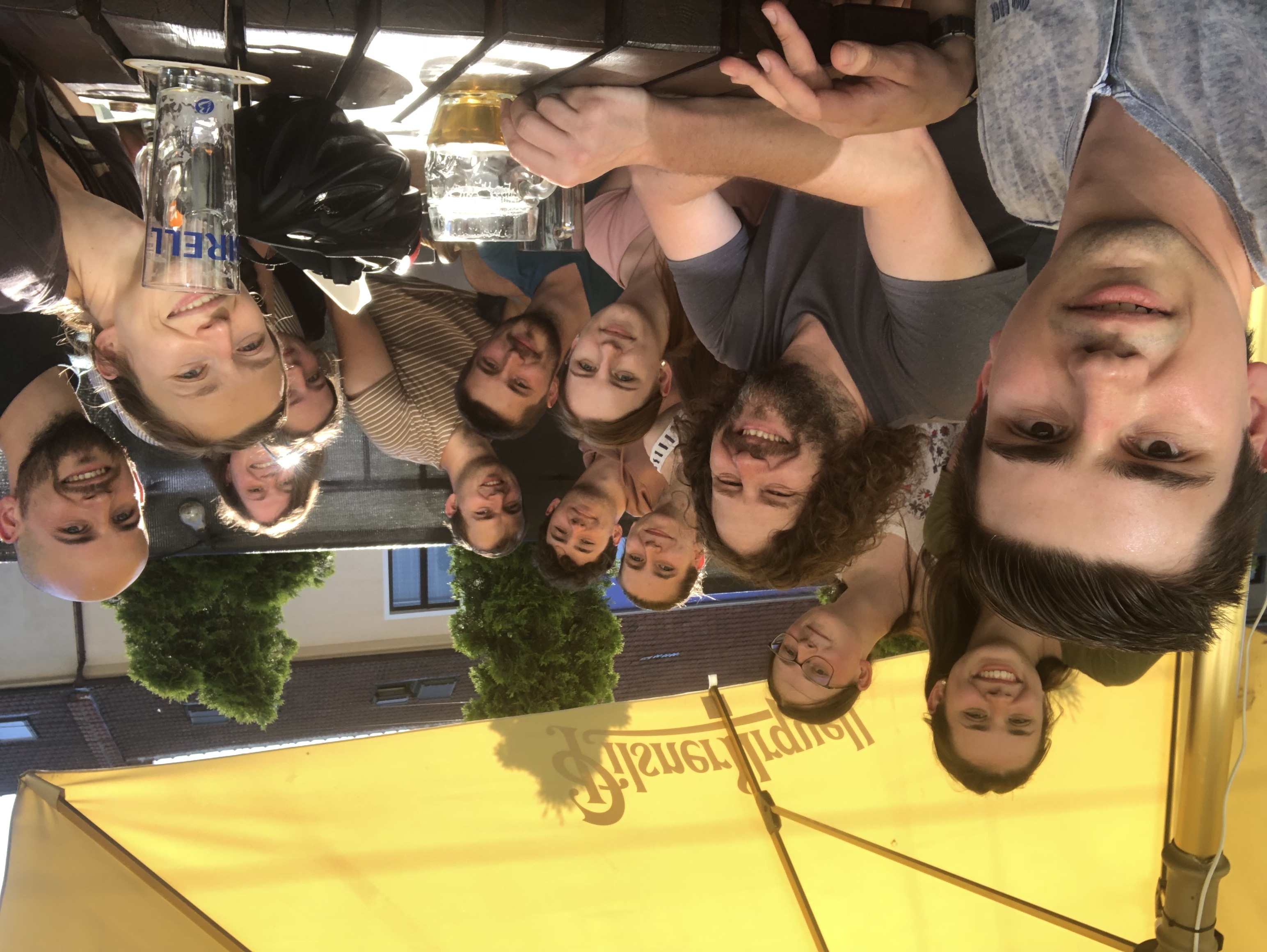 We cordially welcome new students in Bryjalab! Hope you will enjoy your first steps in the world of science! 🍀 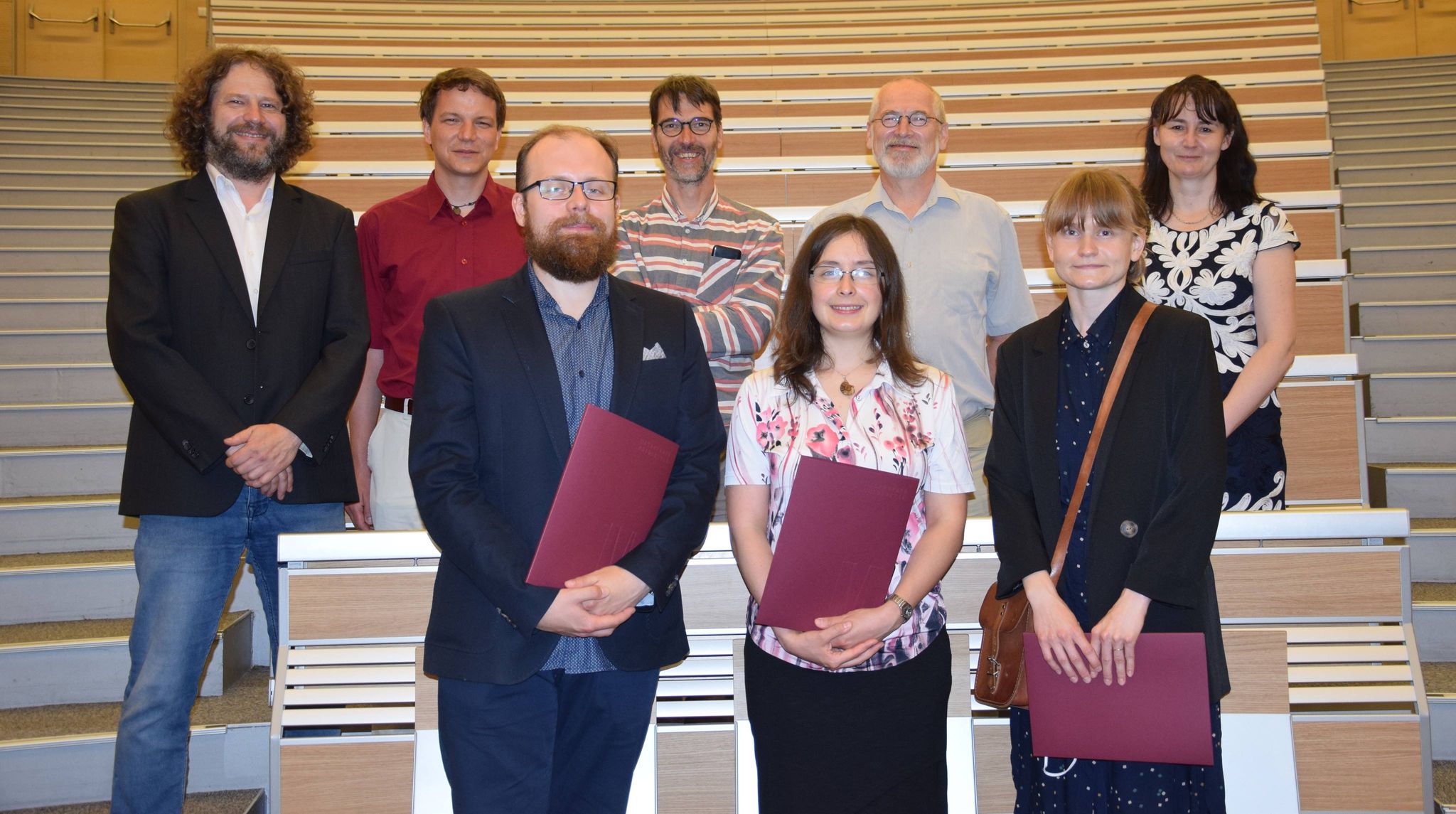 Our students succeeded with their research work and received the Dean’s Award! Congratulations to all and thank you for the great representation of the OFIŽ! 🍀👏   In the category of the best students of bachelor’s and master’s programs, the … Read More 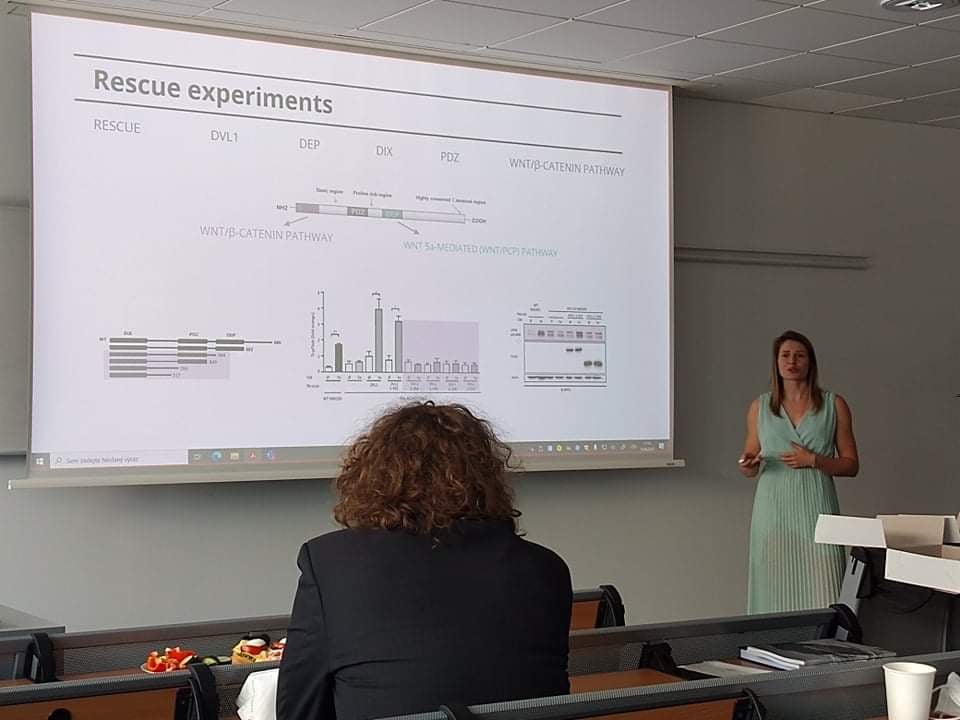 Peťa Paclíková successfully completed her journey to a doctoral degree! 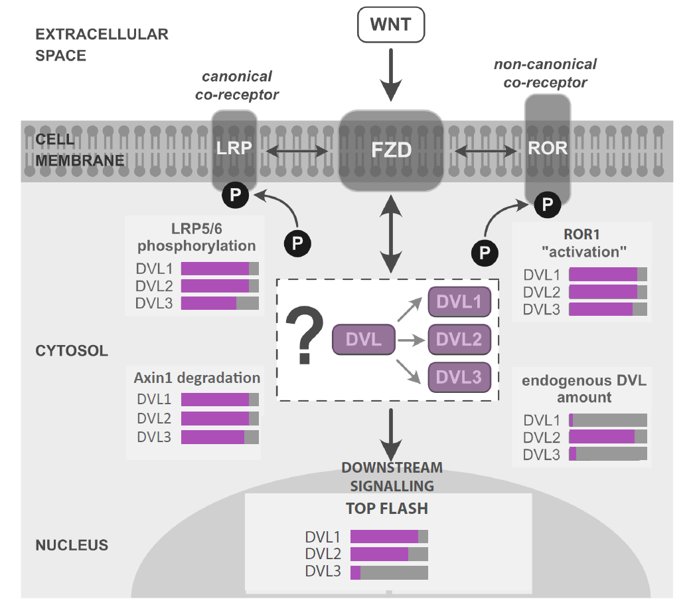 Abstract: Dishevelled (DVL) proteins are key mediators of most Wnt pathways. In all vertebrates, three DVL paralogs are present (DVL1, DVL2 and DVL3) but it is poorly defined to what extent they are functionally redundant. Here, we generated T-REx HEK … Read More 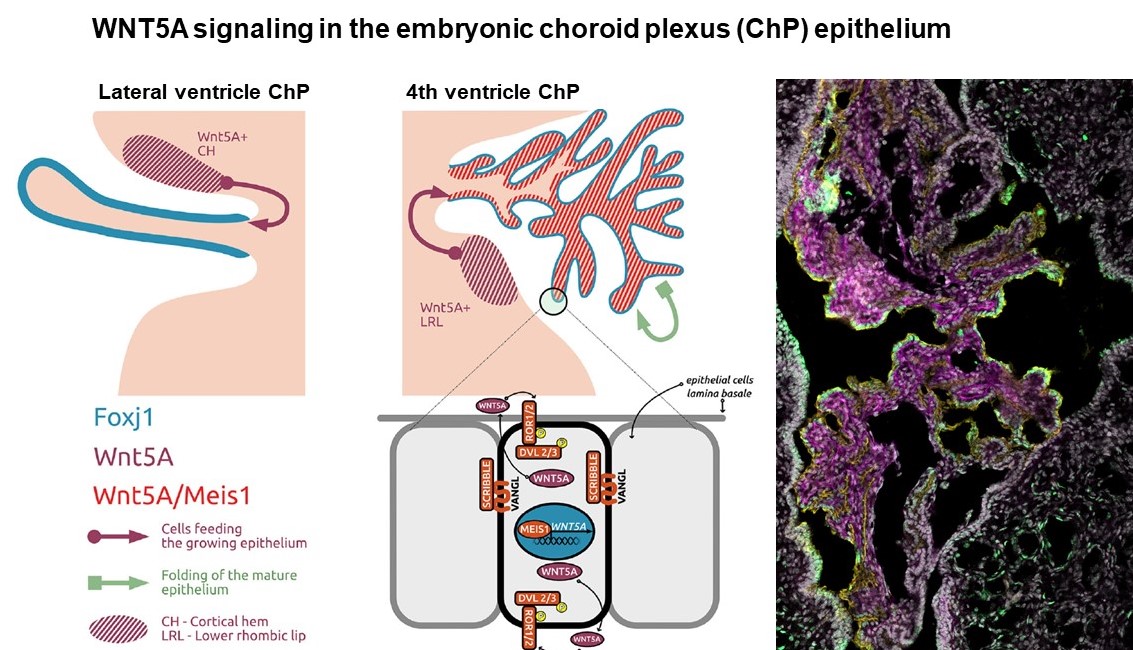 Abstract: The choroid plexus (ChP) produces cerebrospinal fluid and forms an essential brain barrier. ChP tissues form in each brain ventricle, each one adopting a distinct shape, but remarkably little is known about the mechanisms underlying ChP development. Here, we … Read More 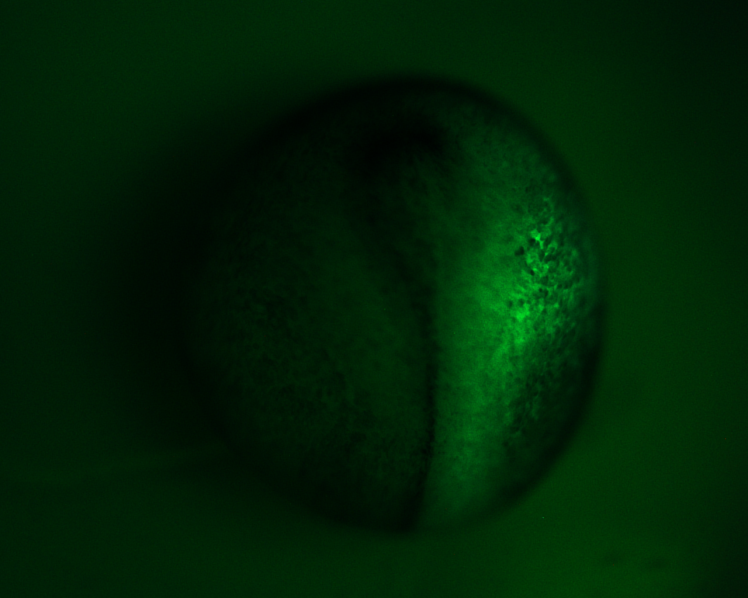 The Sokol laboratory at the Icahn School of Medicine at Mount Sinai, New York, is looking for a motivated candidate to join their research group as a research fellow in the spring/summer of 2021. The laboratory studies how Wnt and … Read More