The medal for extraordinary creative achievement has been awarded to Jana Šmardová for her new book ‘What Tumours Teach Us - Parallels in the Behaviour of Cells and Humans’. The award was presented by Dean Tomáš Kašparovský during the recent meeting of the Scientific Board of the Faculty of Science.

The uniquely designed university textbook, ‘What Tumours Teach Us - Parallels in Cell and Human Behaviour’, has been published by MUNI Press (2021) primarily as study literature for students of the courses ‘Tumour Biology for Everyone’ and ‘Cell Philosophy’. Prof. Šmardová has been teaching this course every year since 2013, and by 2021 more than 1,250 students from all MU faculties had completed it. However, the book is also intended for members of the public who are interested not only in the issue of tumours but human health in general.

The 364-page publication takes an original interdisciplinary approach that covers not only the molecular-biological perspectives of cancer but also related philosophical, sociological and psychological aspects. It gives readers the opportunity to broaden their perspective on the causes and development of tumours, while providing them with incentives to think about their lives and the lives of society as a whole. This comprehensive view, which is unique in domestic and global literature, was highly appreciated in reviews provided by the renowned oncologist Jan Žaloudík and the respected geneticist and Professor Emeritus of our faculty, Jiřina Relichová, CSc.

The book intersects two lines of interpretation. The first presents a detailed view of modern molecular biology regarding the origin of tumours and their development, and answers questions such as where do tumours come from, why do they arise and whether their development is inevitable based on the generally accepted concept of Weinberg and Hanahan. The second line seeks parallels between the world of cell cooperation rules and the world of human cooperation in society, and wonders whether we humans, like cancer cells, are violating these rules dangerously and self-destructively. The book is complemented by with nearly fifty colour plates. 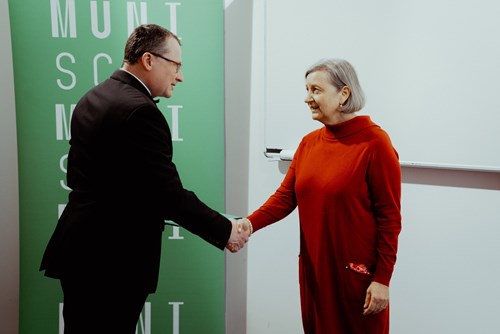 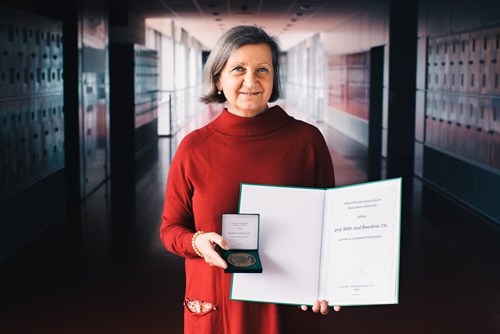 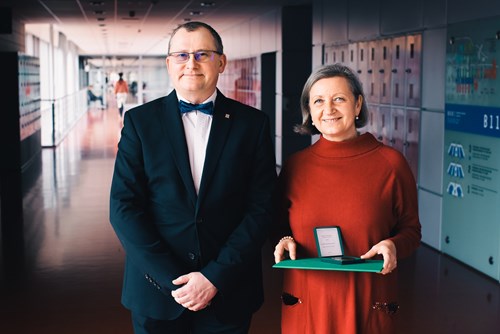 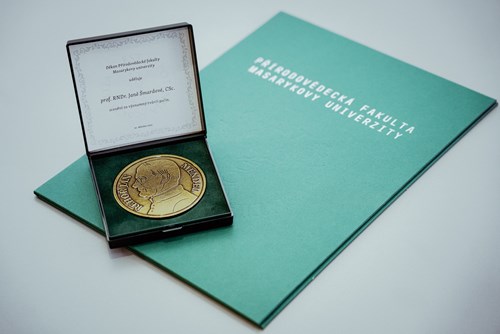 Prof. Šmardová studied Molecular Biology at the Faculty of Science, Masaryk University, graduating with honours in 1984 and obtaining the degree of RNDr. Between 1984 and 1988, she completed postgraduate studies in the field of microbiology as an internal postgraduate student at the Institute of Microbiology, Academy of Sciences of the Czech Republic (ASČR), in Prague, obtaining the title of Candidate of Biological Sciences (CSc.). Between 1988 and 1993, she was employed as a researcher at the Institute of Entomology ASČR in České Budějovice. From April 1991 to February 1993, she held the post of postdoctoral fellow at Stony Brook University, New York State, USA, and from February 1996 to December 2003, she worked as a researcher in the Department of Experimental Oncology at the Masaryk Cancer Institute. From September 2003 to January 2019, she acted as head of the molecular pathology laboratory at the Institute of Pathology of Brno University Hospital in Bohunice.

Since 2005, Prof. Šmardová has been working at the Faculty of Science of Masaryk University, first as Assistant Professor at the Department of Genetics and Molecular Biology, then, after a successful habilitation in Molecular Biology and Genetics in 2005, she was promoted to the position of Associate Professor, and in 2010 was appointed full Professor.

In her scientific work, Prof. Šmardová focuses on the study of aberrations in selected molecular mechanisms related to tumour development.

She has been principal investigator in six grant projects and is the author or co-author of more than 50 scientific articles in foreign impact factored journals, and more than 30 articles in domestic peer-reviewed journals.